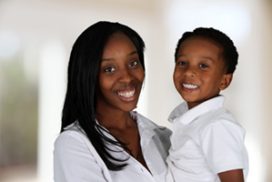 The rights of fathers have been largely ignored compared to the rights of mothers in recent legal history.  Fathers have to satisfy several factors in order to show that they are the presumed father of the child, whereas mothers do not have to show anything at all.

Even when a father is doing everything he is supposed to for his child, it still may not be enough to get a court to acknowledge that he is the presumptive father.  This is the experience of one Blount County, Alabama father.

In Ex parte Robbins, Robbins filed for divorce against his wife.  The couple had married in 2015, and there was a child “born of the marriage” in 2010.  17 days before Robbins filed for divorce, the child’s maternal grandparents had filed a dependency action in juvenile court.  A dependency action takes place when the child’s parents can no longer provide for their needs.

During the divorce case, the trial court ordered Robbins to take a paternity test.  This is a big deal because he would have to pay for the test, and they can be fairly expensive.  Thus, he believed he should not have to pay for it since he was already the presumed father.  In seeking an order to set aside the paternity testing, he presented evidence that he had supported the mother throughout the pregnancy, he had lived with the mother throughout the pregnancy and up until the time they separated, that he had supported the child financially since the child’s birth and claimed the child as his own, and that no other man had stepped up claiming to be the father.

This evidence satisfied several factors under Alabama law that would show that he is the presumed father.  Under Alabama law, once these factors have been satisfied, the only way to overcome this presumption of paternity is by a court order that shows another man has established paternity of the child.  Because Robbins satisfied the factors, the Court of Civil Appeals ruled that Robbins did not have to take a paternity test.  Whether he was actually the biological father did not matter.

The big take-away from this case is the importance of establishing paternity.  Even though Robbins had supported the mother throughout the pregnancy and taken care of the child since the child was born, a court was still going to make him take a paternity test to get recognition as the father.  Although everything worked out as it should in the end, this case shows the hoops that fathers sometimes have to jump through in the family law arena.  Until the law gives equal recognition to mothers and fathers, it is important that fathers solve these issues up front so that they can avoid potential problems down the road like what happened in the Robbins case.

If you are currently going through a divorce, you need someone on your side who is experienced in family law issues.  Joseph Ingram of INGRAM LAW LLC will work hard to come up with the best outcome for your case.  Call him today at 205-335-2640.