Sometimes after a divorce, people will move to different states.  This can be beneficial to get a fresh start.  However, if you have children, it can make enforcing child support and custody agreements more difficult.  Most states have a law where whatever court initially rules on child custody is the only court that can make future decisions as to that case.  However, there are exceptions to that law.  A case out of Choctaw County illustrates one exception to this rule. 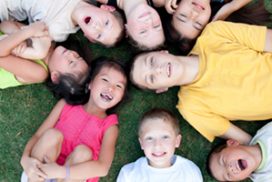 While he does have a point that it was only the Tennessee court that had the ability to rule on these issues, should the father be penalized for waiting so long to make that argument?  The Court of Civil Appeals had mixed feelings about that.  In regard to the child support obligation, the Court ruled that the Alabama court had the ability to change that agreement.  Under Alabama law, there are registration requirements for out-of-state child support orders that must be met before Alabama courts have the ability to make decisions about that order.  However, even if they are not completely met, as long as there is substantial compliance with the requirements, an Alabama court can still hear the case.

The Court of Civil Appeals decided that because there was not a lot of evidence included in the appeal, and because the father did not show with the evidence that he did provide that there was not substantial compliance with the requirements, the Alabama court was allowed to amend the child support order.

The goal of only allowing one court to hear all divorce related issues is meant to provide continuity and stability.  It prevents one parent from going to a different state to get a custody or child support order that is more beneficial to them.  Overall, the law is a good one, but it can cause stress and confusion if you have legitimately moved to a different state with your child.

This is why you need an experienced family law attorney on your side.  Parents move to different states all the time.  It is important to seek a Family Lawyer if you need to modify a Divorce Decree for custody or child support reasons.  Joseph Ingram of INGRAM LAW LLC knows the ins and outs of these laws and can help you with your case.  Give him a call today at 205-335-2640.