You often see shows on television where a defendant in a case destroys evidence to hide their guilt.  You may wonder if this happens in real life as well, and if it does happen in real life, whether they get away with destroying the evidence.  The answers to those questions are yes and it depends.  In some instances, the destruction may have been incidental, so the judge will let it slide.  However, in some cases, the destruction is purposeful; this usually brings about a much harsher outcome.  This is an area of the law that is going to have huge implications with all of the social media cases in the news today.  Everyone should think about the consequences of posting information on a social media platform and the ramifications of their actions. 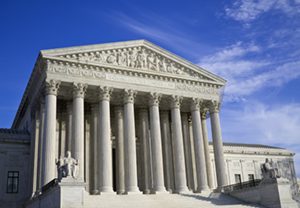 A recent case out of Mobile County dealt with this issue in Hartung Commercial Properties, Inc. v. Buffi’s Automotive Equipment and Supply Company, Inc.  In that case, a man bought a piece of property that had an auto shop on it.  The man paid another company to fix a paint booth that was in the body shop.  Years later, the body shop was completely destroyed in a fire.  The man sued the company that repaired the paint booth.  He claimed that the company overrode the safety controls for the paint booth’s heating system to make repairs, and that is what caused the fire.

The company responded back by arguing that the case should be dismissed because the man ordered that the shop be demolished before the company had the chance to inspect the shop.  Thus, the company argued that the man destroyed evidence by having the remains of the body shop torn down.  However, it was clear that fire crews and law enforcement agencies had inspected the property.

The Supreme Court mentioned five factors to be considered when deciding whether to dismiss a case based on destruction of evidence.  The factors are (1) how important was the evidence, (2) how much blame should be put on the offending party, (3) fundamental fairness, (4) whether there were other ways to get the information produced by the evidence, and (5) whether punishments less severe than dismissal would still be effective.  Relating to factor one, the company produced evidence that every piece of physical evidence had been destroyed.  The Court pointed out that there were several people who had photographs and reports on the fire.

The company failed to show how this evidence would be insufficient to replace the destroyed evidence.  The Court also mentioned that the company’s evidence for factors (2) and (5) were lacking.  For those reasons, the Court decided that there was not enough evidence to show that dismissing the case was necessary.

At this point, you are probably thinking, “what does a case about a company have to do with my issues?”  Surprisingly, the issues in this case apply in many other scenarios.  For example, it applies in divorce cases.  If one party to a divorce deletes text messages, destroys financial records, or any other item that may be relevant, the court will use the factors discussed in the Hartung case to decide how that destruction should be punished.  If you are the one destroying evidence, whatever short term gain you may get could potentially be far outweighed by the dismissal of your claims in the long run.  If you are on the other side, you can take comfort in the fact that if you follow the Hartung factors, you will probably get justice in some form.

One of the most important issues from this case relates to destruction of evidence.  in the legal world today, once you have been served with a spoliation of evidence letter, it is imperative that you do not destroy evidence.

Whatever legal issues you may be having, you need an attorney that will work hard for you.  Give Joseph Ingram of INGRAM LAW LLC a call today at  205-335-2640 if you receive a letter regrding evidence.