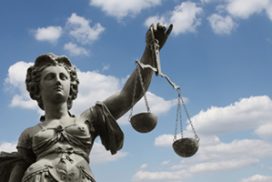 One of the biggest questions in criminal law today is whether police officers can search your cell phone without a warrant.  Of course, you have an expectation of privacy in the contents of your cell phone – it contains personal pictures, text messages, and many more things.  So you would think that police officers should not just be able to look through your phone without a search warrant.  However, in some cases they can do just that.

In Tolbert v. State of Alabama, the Alabama Court of Criminal Appeals considered a case out of Troy that dealt with this issue.  In 2016, a man rented a hotel room in Troy.  As he was walking back out to his car after taking some of his belongings up to his room, he noticed a man sitting in the driver’s seat.  He told the man to get out of his car, and the man pointed a gun at him and drove away.  Luckily, the victim’s cell phone was still in the car, so police were able to use the victim’s cell phone to find the location of the car.

After the car was returned to the victim, he found a cell phone in the car.  Police took the phone and looked through pictures to determine who the owned the phone.  Once the police figured out that information, the obtained a search warrant for the phone owner’s apartment.  At the apartment, police officers discovered the robbery victim’s personal belongings.  He pleaded guilty to robbery and breaking and entering into a motor vehicle.  However, he believed that it was illegal for the police to go through his cell phone.

You may also be thinking what the police did was illegal.  In some situations, however, there are circumstances that allow police officers to conduct a search without a warrant.  One of those exceptions is that police are allowed to conduct a warrantless search of property that has been abandoned.  In order to determine if property has been abandoned, there must be an objective determination that the individual no longer has a reasonable expectation of privacy in the object.

One of the ways this intent can be inferred is through the person’s actions.  In the Tolbert case, he left his cell phone at the scene of the crime.  In determining whether this was abandonment, the Court of Criminal Appeals looked at a Texas case that was similar to Tolbert’s.  In the Texas case, the court held that a defendant who left his phone on top of a car before fleeing the scene could not claim a reasonable expectation of privacy.  The Alabama Court of Criminal Appeals decided that Tolbert’s case was similar enough to the Texas case that Tolbert should not be able to claim a reasonable expectation of privacy in his cell phone that he left at the scene.  Thus, the police officer’s action of searching Tolbert’s phone without a warrant was ok.

The important take-away from this case is that police officers do not always need a warrant to search your phone.  As technology grows and becomes more advanced, courts will have to answer more and more questions about what technology-aided actions are admissible, and what actions will need a warrant.

This will be an ever-growing area of criminal law, so it will be important to be as careful as possible to retain your privacy interests.  If you or someone you know is in need of a criminal defense attorney, contact Joseph Ingram of INGRAM LAW LLC today at  205-335-2640.  He will work hard to get results in your case.