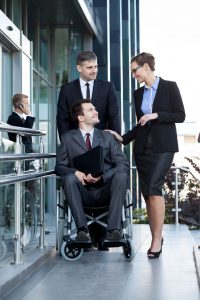 Workers’ compensation cases can be highly contentious.  One side may think that they deserve every penny they can get, while the other side may think that the injured party is trying to take advantage of the system.  However, no matter how heated the case gets, both the courts and the parties still have to follow the proper rules and procedures.  One case out of Etowah County shows just what can happen when rules and procedures are not followed correctly.

In City of Gadsden v. Billingsley, the employee was injured in a collision.  The trial court had awarded her benefits based on an injury to her shoulder.  The employee appealed, arguing that she also should have been awarded benefits for other injuries as well as mental disorders.  The Court of Appeals ruled that there was a lot of evidence showing that the other injuries were not caused by the accident.

The Court of Appeals also ruled that the trial court had to reconsider its award of benefits based on the shoulder injury because it was not an injury to a scheduled member under Alabama law.  The Court of Appeals sent the case back down to the trial court in order to determine how the employee’s shoulder injury affected her ability to earn an income.  The Court further instructed that the award of workers’ compensation benefits be based on that determination. 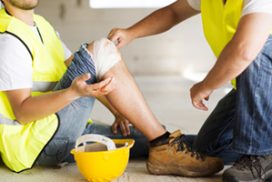 The trial court did not follow that instruction.  Instead, the trial court ask the lawyers from both sides to come up with proposed agreements.  The court then adopted the employee’s lawyer’s proposal, which stated she lost all of her ability to earn income based on her shoulder, neck, and back injuries, as well as her psychological problems.  The employer appealed the decision.

On the second appeal, the Court of Civil Appeals again ruled that the trial court’s decision was wrong.  It was again another procedural error.  The first time the trial court considered the case, it had ruled that the employee’s back and neck injuries, as well as her mental disorders, had existed before the accident.

There are a few things to take away from this case.  The first idea is that if you are pursuing a workers’ compensation case, you want to make sure that there is plenty of evidence to show that all of your injuries were caused by the accident.  Otherwise, the court may throw out those claims on which you do not have enough evidence.  The second point is to always follow the procedural rules.  If the procedural rules are not followed, your award could be overturned and the litigation will drag on for a long amount of time.  If you are injured and unable to work, you want your case to move as quickly as possible so that you can get your money.

That is why you need an experienced attorney who knows how to handle workers’ compensation cases.  Joseph Ingram of INGRAM LAW LLC will work diligently on your case.  Call him today at  205-335-2640 to set up a consultation.