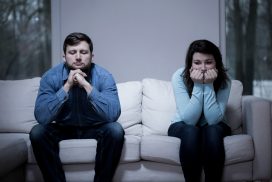 In Cowart v. Cowart, a couple filed for divorce.  The trial court ruled that a revocable trust created by the husband’s father was subject to division during the divorce.  The court ordered that a commissioner sell the property, and then it split the proceeds between the husband and the wife.  The issue was that there was conflicting evidence as to who all had an interest in the property.  Some evidence showed that the property was in the trust for the husband’s benefit.

Other evidence showed that the property was owned by a company.  To add to the confusion, the husband argued that the property was in foreclosure and thus owned by the bank.  One of the procedural rules for courts is that when there is a hearing that will affect the ownership of property, everyone with an interest in that property must be added as a party to the hearing.  Without doing this, the court does not have the ability to divide the property.  Because of this rule, the Court of Civil Appeals reversed the trial court’s decision to sell the property and divide the proceeds.  The Court of Appeals directed the trial court to determine which, if any, parties should be added to the case, and if so, how the original division of the property should be altered.

Some of the trial court testimony showed that those proceeds were intended to cover at least a portion of the medical expenses.  However, there was also testimony that what the wife was seeking in the divorce was different from what was given in the $100,000 settlement.  The Court of Appeals decided that because there was confusion about what the terms of the $100,000 settlement agreement were, it could not overturn the trial court’s decision to award the wife $23,000.

This case shows just how difficult it can be to divide property during a divorce.  There are several rules the court must follow.  If more people besides the husband and wife have an ownership interest in the property, the judge is not allowed to make a decision as to the division of that property unless everyone is added to the case.  You should also note how important evidence is to a case.  If the husband had provided a clear record of the terms of the $100,000 settlement agreement, he possibly could have gotten out of having to pay an additional $23,000.  This is why it is important to have a knowledgeable attorney working on your case.

Ingram Law LLC represents parties that have extensive martial assets all the time.  Our goal is to make sure you do not give away property that you inherited or end up having to divide property that is rightfully yours.  Joseph Ingram of INGRAM LAW LLC is experienced in family law issues.  He will work hard on your case to achieve the best outcome for you.  Ingram Law LLC believes in staying ahead of the curve.  Call Ingram Law LLC today at  205-335-2640 to set up your consultation.