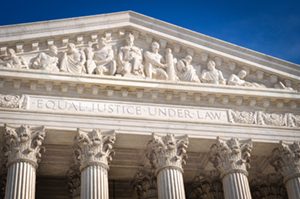 U.S. Attorneys have four things that a defendant usually does not have: time, money, power and resources.  Those are the only four things you need in this world to control the outcome.  I have watched the Federal Sentencing Guidelines change over the last 16 years personally.  Some of the changes were positive changes and some negative for the defendant.

I can recall when the Sentencing Hearing was the opportunity to really be an advocate for my client.  The lawyer could object to the Pre-Sentence Report state objections, argue law and make the government prove enhancements.  Now, the burden has been shifted to the defendant. Only after a judge has been on the bench a while and is seasoned, do judges understand the ultimate power the government has over a person.  The government controls if a person is indicted, controls the terms of the plea agreement, and controls the sentence to a certain degree.

As in the case of U.S. v. Torres-Magana from the 5th Circuit, the Court increased the defendant’s sentence under the guidelines even though the defendant played a minor role in the case.

The defendant pled guilty and was sentenced to 172 months in prison.  He argued that the an enhancement did not apply to him because he minimal contact with the enterprise.  The Sentencing Court added a 2 level enhancement under 2D1.1(b)(15)(A), because the father used his familial relationship with his stepson to involve him in the offense.

This is a classic case of a person entering a plea agreement and then having to defend increased level enhancements under the USSG at sentencing.  First, defense counsel should consider all relevant conduct before a plea hearing.  Second, know your judge for sentencing.   Does the judge tend to be more pro-prosecution or does he allow the defendant make arguments that are real world factual statements that are not made in a guideline range.

If you are charged with a federal case in Alabama, Florida or Georgia, contact Ingram Law LLC at 205-335-2640.