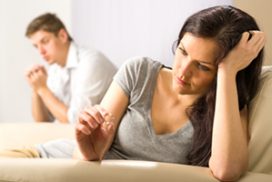 In the case of Treadway v. Treadway, this is a divorce case in which it has all of the elements of a bad marital arrangement and post-nuptial agreement.  There were four issues before the appellate court in this case.  The parties had been married for nine years when they filed their current divorce action in 2015. They had two children ages 11 and 6. The husband owned an automotive repair business and the wife was employed as a nurse. Previously the parties had filed for divorce but had reconciled and signed a post-nuptial agreement.

During the course of the trial the wife testified that the husband had been emotionally and physically abusive to her during the marriage.  The wife testified that her income was $75,000 a year. The husband claimed that his gross income was approximately $3000 a month. The tax assessor valued the marital residence at $445,000.  The husband's 2014 income tax documents indicated that his business was worth $495,000.

The trial court in its judgment awarded the wife sole custody of the two minor children. The court imputed monthly income of $5,000 to the husband and ordered him to pay child support in the amount of $894.00 per month. Further the court held that the post-nuptial agreement executed by the parties was invalid. The court awarded all of the real estate owned by the parties to the husband but required him to pay the wife $210,000 for the marital real estate. The husband appealed the decision.

The final issue before the court was related to the division of real estate divided between the parties it is worth noting at court that the court determined that the parties had in excess of $1,000,000 in real estate and the wife only received $210,000 cash for the real estate property the appellate court upheld this issue and said that the trial court did not abuse its discretion.